This tour will give you a good impression of Amsterdam’s Jewish history. The Jewish occupants have played an important part in the development of Amsterdam. 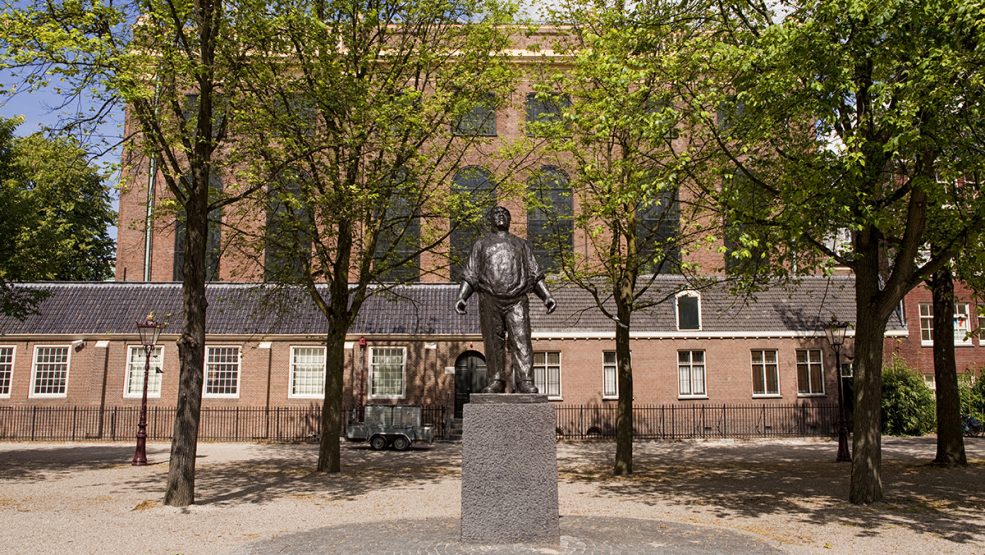 This tour will give you a good impression of Amsterdam’s Jewish history. The Jewish occupants have played an important part in the development of Amsterdam, which they refer to as Mokum, since the early 17th century.

The island Vlooienburg was created in a bend in the river Amstel after 1591 in the context of Amsterdam’s urban expansion plans. This was later to become the site of Waterlooplein. Would you like to know more about this square, the statue of Spinoza, Jodenbreestraat, the islands Valkenburg, Uilenburg and Rapenburg or the Nieuwmarkt district? Accompany our guide along Nieuwe Herengracht to the Plantage district and back to the city centre.

During your walk you will come across monuments, the Hollandsche Schouwburg (theatre), the Wertheimpark, the “Dokwerker” (statue of a dockworker), synagogues, the monumental Pintohuis and other sights.

This walk custom made?
Another language, another starting point or starting time? Request »

Where, how long and how much?

Quotes
We really enjoyed our tour with Kees. He was very knowledgeable and offered very interesting and memorable information.

Would you like to do this tour in a different language or at a departure time other than 11.00 or 14.00 hour? Please feel free to discuss any other ideas or wishes you may have about a guided tour; there are plenty of possibilities. But we do advise you to contact us in good time if you would like us to arrange a customized tour for you.